What is your vote worth? Renters could make a difference in these seats

2.4 million private renters could miss out on voting at the General Election if they don't register to vote by midnight tomorrow.

We've worked out which Parliamentary seats could be decided by private renters on 12 December - the seats in orange and brown have more unregistered private renters than the number of votes the last MP won by. 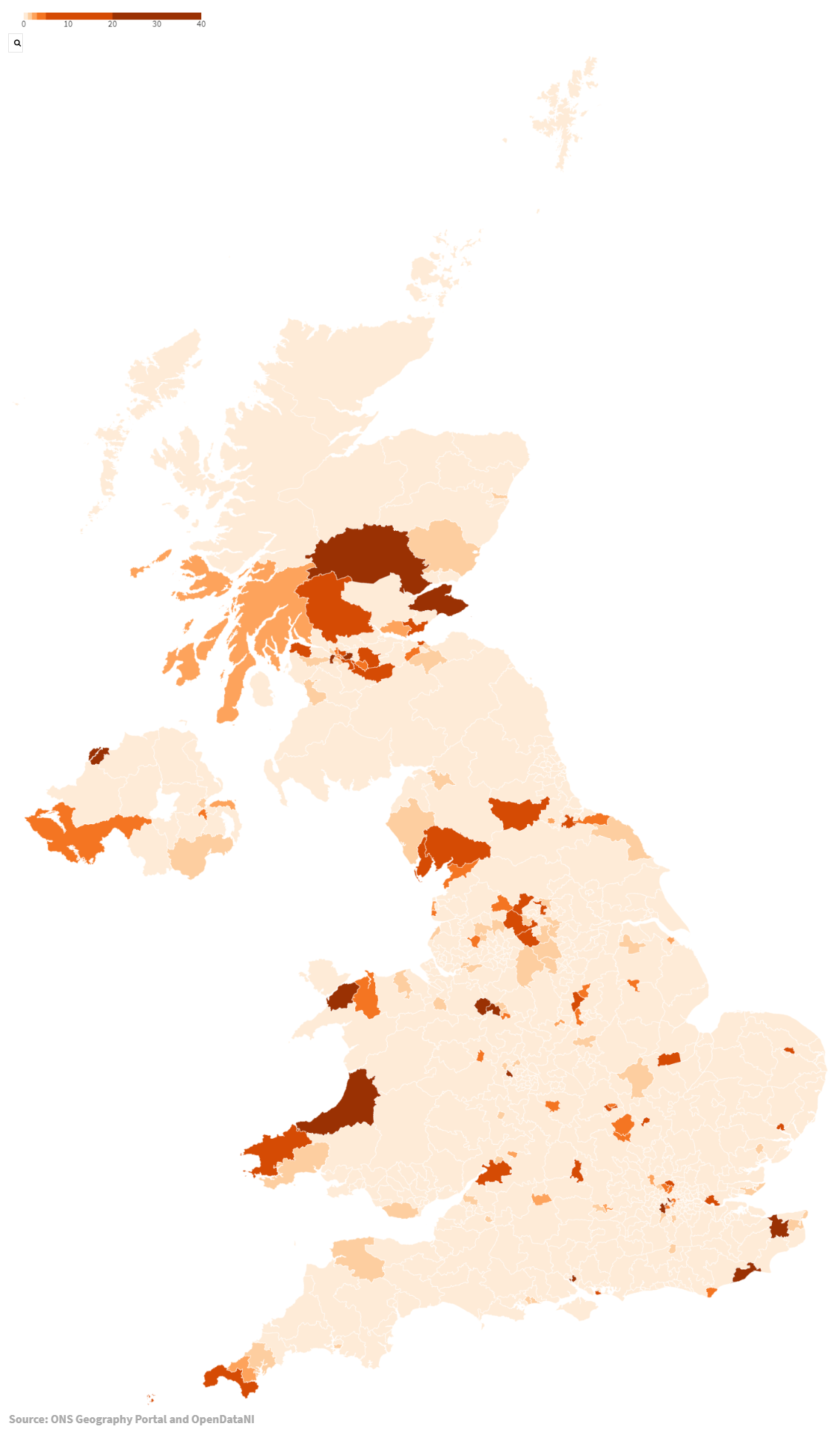 Using census, English Housing Survey and Labour Force Survey data, Generation Rent estimates that there are at least 5.7m eligible voters living in private rented homes. There are around 3.3m registered voters and 2.4m yet to register at their current address.

Applying the calculations to Westminster constituencies, Generation Rent found 96 seats across England (for which housing policy is decided at Westminster) where the estimated number of unregistered private renters is larger than the 2017 majority. This means renters registering today and tomorrow could cast the deciding vote.

Urgent action is required by the next Government to address the UK’s renting crisis. Private renters typically pay higher rents (around 40% of earnings) only to suffer poor conditions and a lack of security. Renters are typically on 12-month contracts, and one in seven privately rented homes is unsafe. The renter vote could play a decisive role in deciding the outcome of the election.

And today we've also launched ventyour.rent - a tool that shows you what impact the housing crisis is having near you - alongside our #VentYourRent social media takeover, where we call on renters to share stories of the renting crisis in their area.

In key marginals across the country, renters registering could decide the outcome of the seat. Renters need secure tenancies, affordable rents and decent and safe homes. This election is an opportunity for renters to vote for a Government that will deliver that. If you rent privately, make sure you’re registered by midnight tomorrow.

“If you’re homeless, in insecure housing or in the PRS, you’re less likely to be on the electoral register. If you don't vote, you don't matter to most politicians. Though our Renters Vote campaign ACORN is registering private tenants, the vulnerably housed and homeless and turning them out on election day. Politicians cannot afford to ignore the demands of renters and the next government must ensure decent, dignified and affordable housing for all."

Generation Rent analysed data from the Electoral Commission and English Housing Survey to estimate the number of unregistered voters. The 2.4 million figure was calculated based on:

At the constituency level, Generation Rent used the following to estimate the number of unregistered voters:

The data for England can be found in full here.