What is Section 21 and why does it need to be scrapped?

Landlords can remove tenants without giving a reason. That’s unfair and it needs to change.

Most of England’s 11 million renters are on contracts with fixed terms of six months or a year; after this period has ended, landlords can evict their tenants with just two months’ notice – and without even giving them a reason. These ‘no fault evictions’ were introduced under section 21 of the 1988 Housing Act. Before this, private tenants had much greater security and it was much harder for landlords to evict tenants who paid the rent on time and looked after the property. The government has finally decided to consult on ways of improving renter security, but - while there are some promising aspects to their proposals - they suggest that no-fault evictions will remain. Generation Rent, the New Economics Foundation, ACORN and the London Renters Union are launching a campaign to abolish section 21.

Why is this important?

Evictions are the number 1 cause of homelessness. 80% of evictions are on no-fault grounds, and 63% of private renters who were forced to move in 2016 were evicted not due to any fault of their own but because the landlord wanted to sell or use the property.

2) Anxiety and quality of life

Even for those unlikely to be made homeless, section 21 can mean constant anxiety and insecurity – particularly for the 1.8 million renter households with children or the growing numbers of older people renting privately.

Insecurity harms quality of life for tenants, with private renters less likely than either owners or people in council housing to say they know lots of people in their local area, but more worried that they will have to move within the next year.

The threat of being evicted gives landlords huge power over tenants, who may decide not to complain about disrepair, big rent increases or other problems in case they are kicked out.

Landlords’ ability to cash in their investment with minimal fuss makes buying a property seem like a low-risk investment for amateur landlords, who can evict and sell up when prices increase. This fuels the buy-to-let market, pushing up house prices - which forces would-be homeowners to rent.

Shouldn’t landlords have the right to evict when they like?

No. Landlords take an income or have their mortgage paid from rents; in return, tenants should have the right to a secure home and a stable life, free from the anxiety of being evicted for no justifiable reason. Other parts of housing law deal with at-fault evictions. Removing Section 21 does not mean landlords won’t be able to take action when tenants fail to pay rent or damage property.

What is the alternative?

With house prices out of control, growing numbers of people have no option but to rent. To give them the chance of a decent home, it is clear that the power balance needs to shift away from private landlords.

In Europe alone, many countries have adopted housing laws that prioritise the health and wellbeing of tenants over the flexibility of private landlords. In Germany for example, tenancies are indefinite and properties are often bought and sold with tenants included. Across the border, the Scottish government has already acted to protect tenants by abolishing the Scottish equivalent of Section 21 last year.

There are a range of proposals on how to give tenants greater security, but we can do better than the current law that causes instability for millions. What is clear is that the current housing law in England and Wales prioritises the financial interests of private landlords rather than the health and happiness of renters and this is pushing up house prices, making ownership less attainable for swathes of the population. Section 21 is out-dated and incompatible with the current housing crisis. It needs to go. 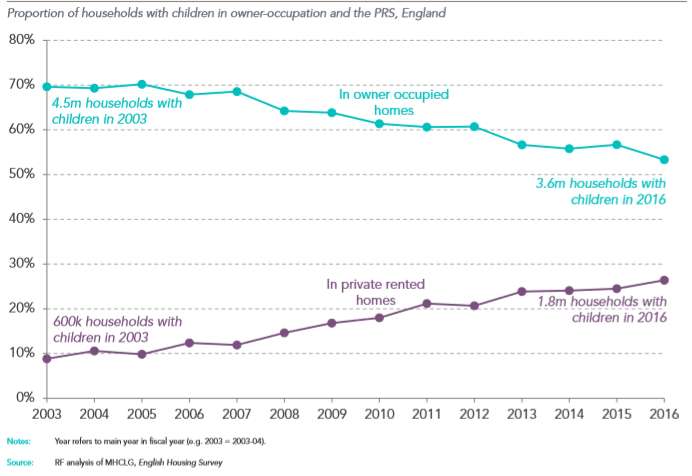 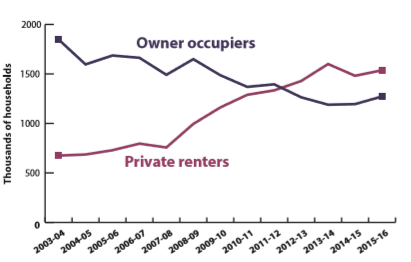 There are growing numbers of renters – enough to outnumber owners in well over 100 parliamentary seats by the next election – and a wide range of groups now support getting rid of no-fault evictions. The campaign to end section 21, launched in June 2018, has already been backed by the London Assembly and The Times, among others. See a full list of supporters here. The law has changed in Scotland, and the UK government - which was recently forced to say it would ban lettings agents’ fees after a big public campaign - has already admitted the need to protect renter security.

What can I do?

Join tens of thousands of renters in signing our petition calling on the government to abolish no-fault evictions.

If you are a member of a political party or a union, you can use this model motion to get your organisation to back the campaign to end section 21.

Join a local renters group like ACORN or the London Renters Union; they can give you advice and support, and help tenants challenge and resist evictions collectively. Find out who is active near you and register your interest here.