What happens to rents if landlords exit the market? Nothing.

Today we publish new research looking at the relationship between the size of the private rental market and rents, in light of the credit crunch, landlord tax changes, and proposals for tenancy reform.

There’s widespread and growing consensus on the need to improve security of tenure for England’s 11 million private renters. And high time too – private renting is no longer a temporary tenure for the young but will be the home of millions of us well into the future, including families and older people. Recognising this, the Government has consulted on three-year tenancies, and Labour has pledged to end Section 21 ‘no fault’ evictions. The London Mayor is, like us, calling for open-ended tenancies, as introduced in Scotland last year.

But some landlords won't like this. They like being able to evict tenants without needing a reason, so they can sell up, or avoid their responsibilities to provide a safe home. What will happen if reform prompts these landlords to leave the market? In short, some renters will be able to buy a home, and those who can't will enjoy a better quality of life.

The property industry claims that if landlords leave the market, reducing the supply of rented homes, this pushes up rents. This is a bit disingenuous in the first place, because rents have been rising as the private rented sector has grown. But homes withdrawn from the market obviously don't vanish into thin air. The industry's line of reasoning is based on a misperception of supply and demand, as we demonstrate in our new paper ‘Do measures that discourage buy-to-let investment increase rents?’

But market rents are set by the balance of supply and demand in the housing market as a whole, rather than simply in the private rented sector. It's obvious if you think about it – the landlord might sell their house to another landlord, in which case there is no impact on private rental supply or demand. Or it is sold, either directly or via a chain, to a first-time buyer. In that case, rental supply is reduced by one home, but rental demand is also reduced by one household as it moves into homeownership. In either case the overall balance of supply and demand in the housing market is unchanged, so there is no reason why rents should rise. 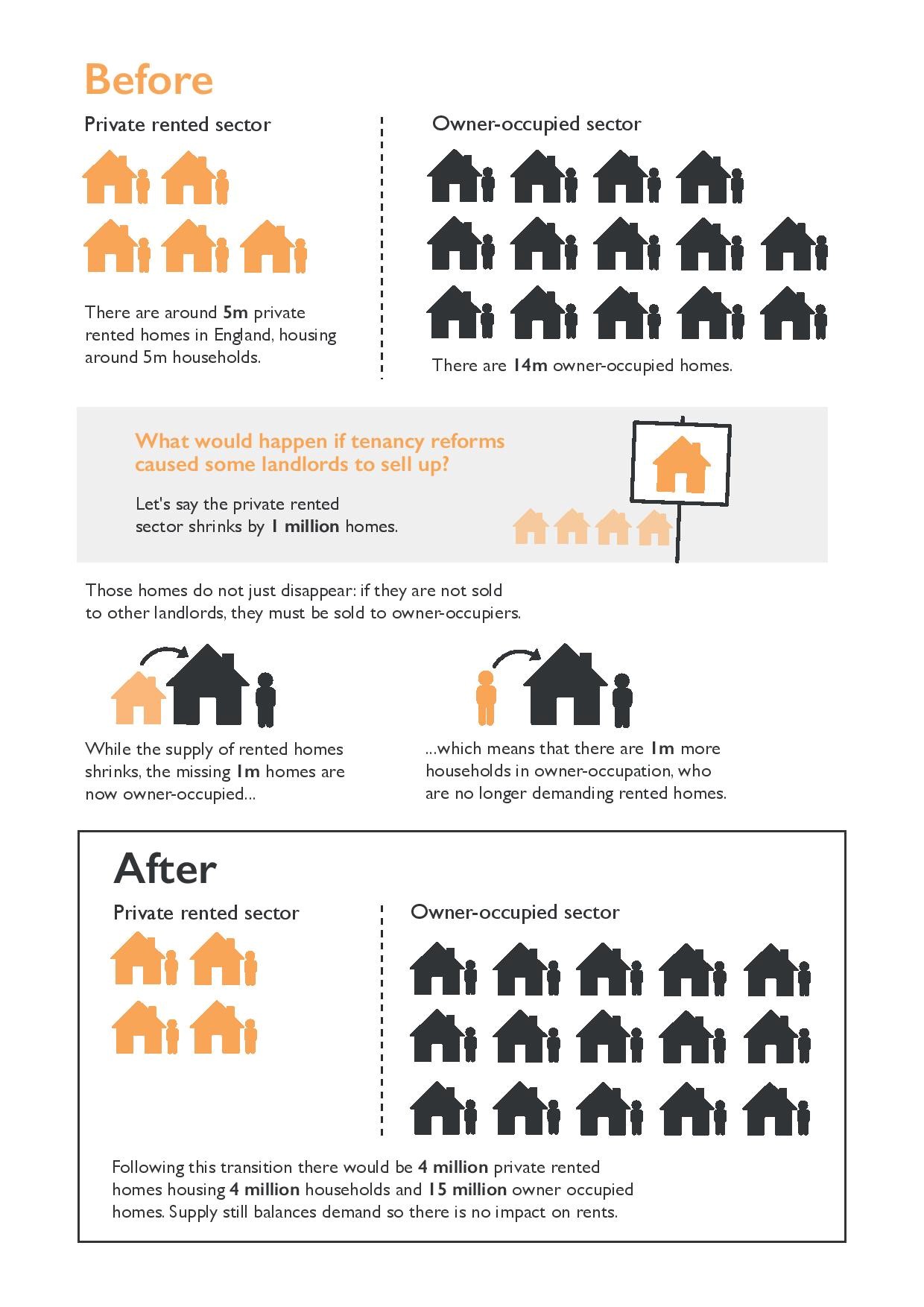 That's the theory. In our paper, we looked at two past occasions where there was a sudden change in supply or demand in the private rented sector - but not the housing market as a whole. To account for the fact that rents have been going up anyway, we looked at how rents responded in relation to wider consumer prices - and found that they fell.

As the credit crunch hit in 2008, mortgage lenders tightened lending criteria and the number of first-time buyers halved, boosting demand for private renting - the sector grew by an extra 135,000 per year between 2007 and 2010 compared with 2005-07.  According to the property industry’s logic, the sharp increase in demand should have caused rents to rise – yet inflation-adjusted (real) rent fell by 6.7% in the three years to January 2011.

Then, in 2016, the Government introduced tax changes for buy-to-let landlords designed to level the playing field for first-time buyers - the stamp duty surcharge and withdrawal of higher rate relief on mortgage interest. The size of the private rental market has already fallen by 111,000 households, and first-time buyer numbers are up. Those first-time buyers who snapped up properties previously owned (or simply not bought) by landlords no longer need rented homes, so the balance of supply and demand remains constant. And rents have not risen in real terms, but have in fact fallen by 2.8% since the surcharge came in. 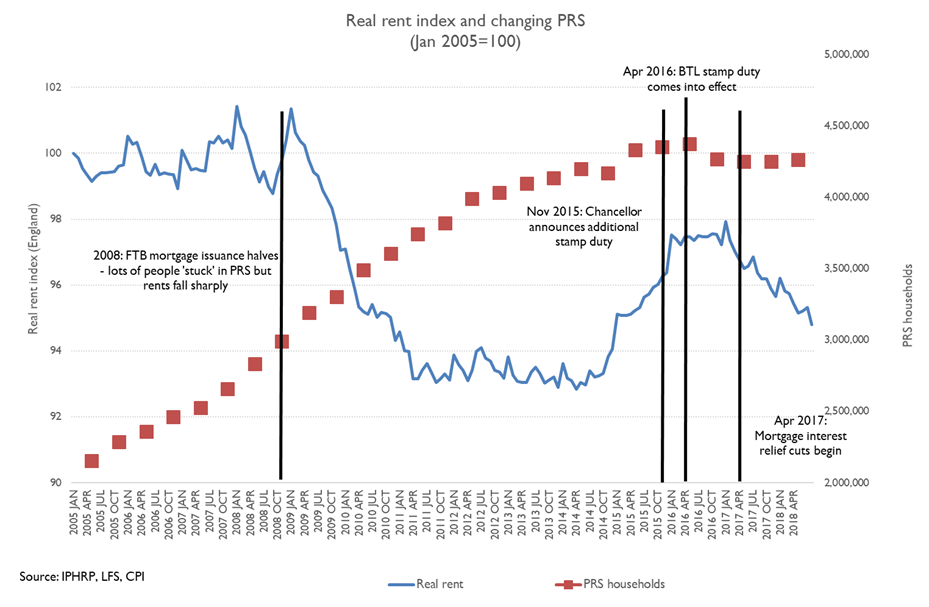 We also find that there is no evidence to suggest that longer tenancies will scare off investment in new housing supply. Only a small proportion of new housing stock ends up in the rental market, and much of it is built and let by institutional investors who already offer terms at least as good for tenants as the Government proposes.

At Generation Rent we’re calling for the abolition of Section 21 evictions and open-ended tenancies where tenants who meet their responsibilities have the right to stay as long as they want along with the flexibility they need. If tenants are evicted on no-fault grounds then landlords should pay some compensation, which would mitigate the financial hardship of an unwanted move for tenants and encourage landlord-to-landlord sales with sitting tenants. Our security proposals would vastly improve tenant experience.

If this prompts some landlords to quit, the evidence suggests that this will have no impact on rents. This should give the government confidence as it analyses responses to its recent consultation and decides how bold it is willing to be on the rental market. It’s clear that offering more security to private renters would vastly improve the experience of millions, whilst edging undesirable landlords out of the market and boosting homeownership. Suggestions that more security would lead to higher rents is simply wrong, and not backed up by theory or empirical data. There is no reason for the government to flinch from bringing in mandatory security improvements for tenants now.