What we could learn from the Swedish renting model 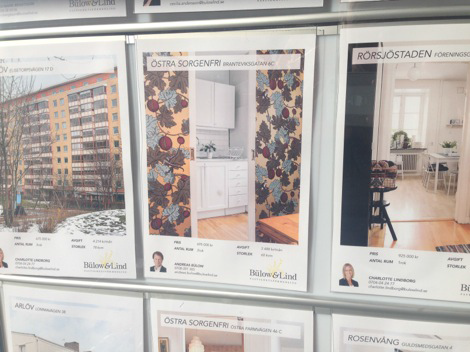 The coalition always seem very keen to look at what’s happening in Sweden and see what we could all learn from how they operate. Free schools, equality and healthcare are all models that have been viewed by jealous eyes in Westminster of how to do the right thing affordably. David Cameron himself is a close friend of the Swedish prime minister Fredrik Reinfeldt.

The one model that has never been mentioned in the UK politics debate is the Swedish housing model.

I have lived here in Sweden for three years now and I have discussed housing & renting with many Swedes whose eyebrows rise when I explain to them how the UK private rental sector works and the sums of cash involved.

I also have experienced first hand how housing works here and there are some startling rules that govern both buying and renting homes, I’m not certain if it’s a deliberate ploy to keep prices in check or simply just the “Swedish” way.

Like the UK has been historically, Sweden is a nation of homeowners but everything seems to be geared to ensure house prices rise at only a very slight percentage each year. It is true to say that Stockholm is experiencing a housing increase bubble on par with London at the moment but step away from the archipelago and prices are incredibly affordable.

I recently went to see a beautiful house in Klippan, an hour away from Sweden's third biggest city Malmö. The countryside was beautiful, serene and peaceful - and the house was stunning. A three bedroomed home in the typical Nordic style, clad in wood and painted a delightful shade of yellow. It also boasted three matching outhouses (one with a fourth bedroom in it), a double garage, stables for three horses, an outdoor floodlit riding manège, a huge paddock and an outdoor swimming
pool. The listed price was 1,650,000 Swedish Kroner which (if it’s ten kroner to a pound) is a very affordable £165,000. It finally went for £210,000 but again not wholly unaffordable for what it was. 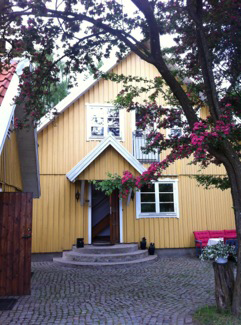 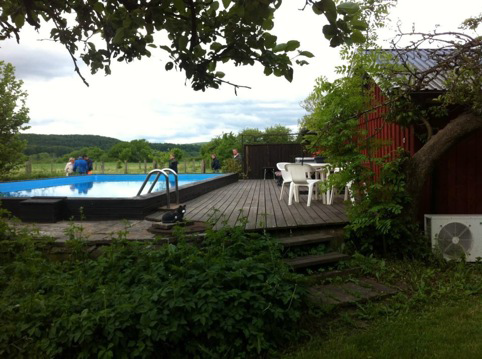 Swedes tend not to move very much and part of the reason is the way homes are taxed during their sale. A homeowner can expect to pay 22% capital gains tax on the profit of any sale, if you remortgage then you have to pay 2% tax on the loan and new houses are subject to stamp duty. It’s fairly easy to see why they stay put!

First time buyers however are at a significant advantage. In all cities and towns in Sweden you will find blocks of apartments everywhere. Granted some are prettier than others but they all serve as Swedes' first step onto the property ladder. The fundamental difference here is that you don’t actually buy the apartment, you buy a shareholding in the building which grants you access to the apartment of your choice. There is absolutely no stamp duty when you buy a shareholding like this and the people in your block have to agree they are happy for you to live there (very Swedish!).

When you decide to leave you can then sell the shareholding, which rises in value in a similar way to homes.

Renting is not as common in Sweden as it is in the UK and though demand from students has prompted the government to relax some of the strict rules on letting and rents in order to make it easier to rent properties out. Sweden is the polar opposite of the UK when it comes to buy-to-let - it is practically non-existent. Shareholder apartments still only allow you to rent out an apartment for one year and the government levies a 30% capital gains tax on the profit of rental properties.

The only way you can make buy-to-let work is not to buy but “construct” to rent, which is actively encouraged. That requires the “landlord” to purpose build a block of apartments with the sole intention of letting them out. This way by sheer number of apartments the capital gains tax still allows for a good profit. That’s a win-win as more homes are constructed and made available with a sustainable profit for the developer. 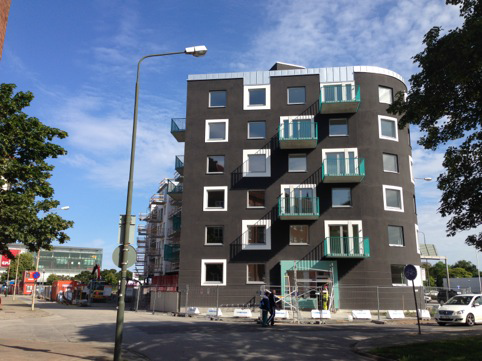 For tenants there are significant advantages as well. Rents are charged on a fixed price per square metre and very often include charges for management, hot water and heating.

These rents are also very stable rents, most of which is negotiated on behalf of tenants by Hyresgästföreningen (The Union of Tenants) who work on a residential, district, regional and national level. This union is also consulted by government over future policy and believes in negotiating with governments and landlords on these principles:

On rent they say:

Rent is supposed to correspond to the quality, standard and service of the apartment. Quite simply, you should pay the right rent for your apartment. It is equally important that rents do not increase suddenly and dramatically. One of our objectives is that rent should not exceed 25% of average after-tax income in Sweden and rents should not rise faster than other prices. When we negotiate rents, we make sure your rent does not exceed the rent for comparable apartments. Service and maintenance are key components that are always factored into negotiations.

It would be fantastic if UK tenants had such a powerful force on their side - perhaps Generation Rent can take on that role?

The rush to copy the Swedish free schools idea came at a time when Sweden discovered it didn't work: they are all closing here due to parents not trusting them. So not every Nordic idea can port to the UK successfully if it was flawed in the first place. The rental model however seems to work tremendously well.

With no buy-to-let investors fuelling house price rises the market stays very stable and if you want to be a landlord as a profession you’re far better off investing in a new build than hoovering up properties to rent out with a decent profit.

The simplest arguments against this model would always be about high taxes and the relatively smaller population compared to the UK (the total population of Sweden is only a little higher than the population of London).

In my opinion that’s simply not an issue as even if you doubled the population overnight the same rules would apply and the outcome would still be the same.

Also if you ask a Swede about high taxes of course they grumble but dig a little deeper and they understand the service that they get in return which is clearly visible as you walk the immaculately kept streets.

I for one am not coming back and for the first time in 44 years I can afford to buy a home that won’t cripple my living standards.

Adam spoke about his experiences on Channel 5 News last night.