Renters in south east commuter towns and the edges of Greater London are at the highest risk of a no-fault eviction, our analysis of government data has revealed.

The worst place for evictions is the London Borough of Havering where last year 39 in every 1000 private renters were made homeless by landlords selling up, re-letting or evicting to avoid making repairs. And that's just people who sought help from their council - many more will have found a new home, but moved at their own expense.

Check out how your local area compares 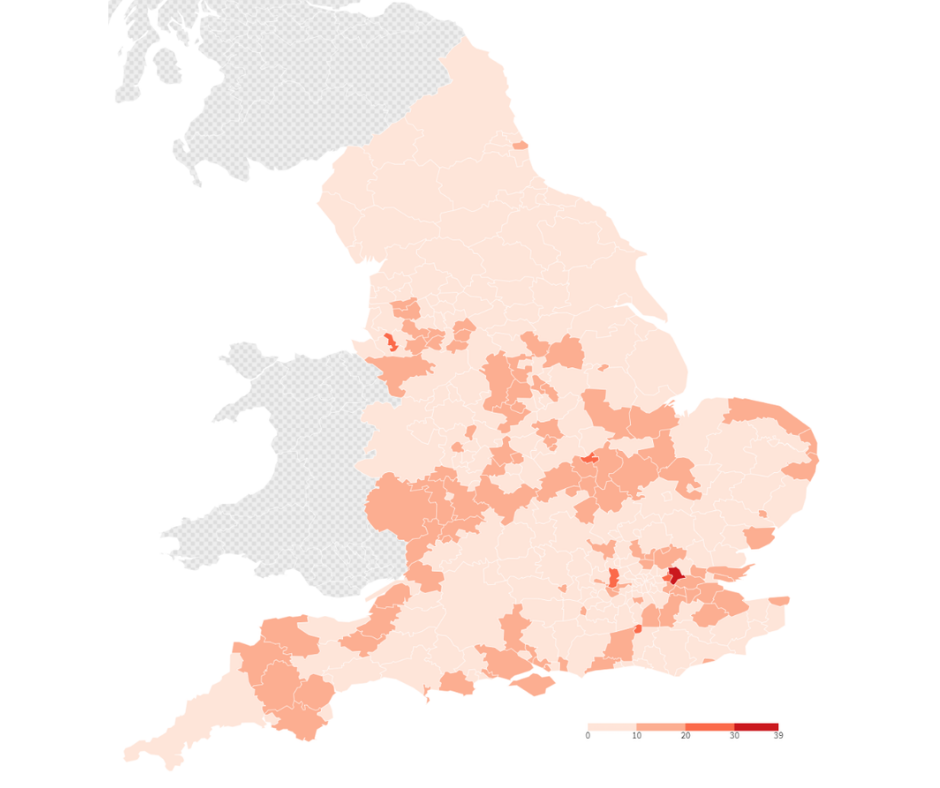 Prime Minister Boris Johnson and Shadow Chancellor John McDonnell are among the MPs whose constituents face the highest risk of being made homeless by an arbitrary eviction. Tenants in their local authority, Hillingdon, were the 6th most at risk of losing their home on no-fault grounds, with 20 in every 1000 private renter households owed a homelessness duty.

Corby, Milton Keynes, Enfield and Crawley are the election battleground seats that are worst-affected by homelessness caused by Section 21 - the law that allows landlords to evict without needing a reason.

Section 21 of the Housing Act 1988 allows landlords to sell up, ignore requests to fix hazards in the home, or simply bring in new tenants who will pay a higher rent. Theresa May's government pledged to abolish Section 21 and a consultation on the details ended on 12 October. Labour and the Liberal Democrats also support the policy. As part of the Renter Manifesto we are calling on all parties to recommit to ending unfair evictions in their election manifestos.

Homelessness figures from the Ministry of Housing, Communities and Local Government reveal that of 263,720 households that faced homelessness in 2018-19, 28,320 (10.7%) were being evicted because their landlord was selling up, re-letting the property or responding to a complaint by the tenant about disrepair.

A further 14,940 (5.7%) of homelessness cases were the result of rent arrears. Changes to housing benefit in recent years have made it harder for recipients to pay the rent. A freeze of Local Housing Allowance means that tenants can’t cover rent rises and the five-week wait to receive Universal Credit means tenants can easily get behind on their rent payments. One in four private renters receives housing benefit, but the Bureau of Investigative Journalism has found that just one in 20 private rented homes is affordable to recipients.

There are other reasons why people lose their home, but a common reason for many to seek their council’s help is the difficulty of finding a private tenancy when many landlords and letting agents discriminate against people in receipt of benefits.

Homelessness costs local authorities £1.1bn per year, and they face a funding gap of £110m in 2019-20, according to the Local Government Association. Protecting tenants who face eviction for doing nothing wrong would reduce the numbers of people seeking help from their council.

Today's data shows that for private renters, the most common reason for becoming homeless is that your landlord wants to sell or simply re-let the property. Landlords don’t have to prove grounds or help you move – it’s left to tenants themselves and councils to cover the costs. In this way, the law prioritises the pursuit of profit over the need for a home.

The next government would dramatically reduce homelessness by abolishing Section 21 evictions, making landlords foot the tenant’s bill if they want to sell, and making it easier for renters receiving benefits to pay market rents.

A summary of the figures over 2018-19 is available here

A breakdown by local authority, with a comparison with the private renter population as recorded at the 2011 census, is available here