Generation Rent supporter Jacqueline tells her story of facing eviction from a Section 21 'no fault' eviction during Covid.

As a tenant renting in the private sector I feel a total lack of any sense of security within what is supposed to be my home, because the reality is that at any time or, at the mere whim of a landlord you can be told to leave the property. At the start of the pandemic I was working for a care agency out in the community, ensuring that vulnerable people were being properly and well cared for in their homes.

The stress from the job, made worse by the PPE scandal, finally took its toll on my mental health in June 2020 and, on the orders of my GP, I was medically signed off from work. With no support from the company that I worked for I eventually had to resign for the sake of my mental health.This led to me having to apply for Universal Credit whilst also looking for another job, in what was and still is, a very difficult time.

I had to wait five weeks for my first Universal Credit payment which meant that I was immediately plunged into debt. I had a small amount of debt before, but had almost paid this off.

The landlord knew about my situation but was not remotely interested. I was issued with a Section 21 ‘no fault’ eviction notice in August 2020. What followed was numerous emails from the letting agency, constantly wanting updates on when I would be leaving the property. 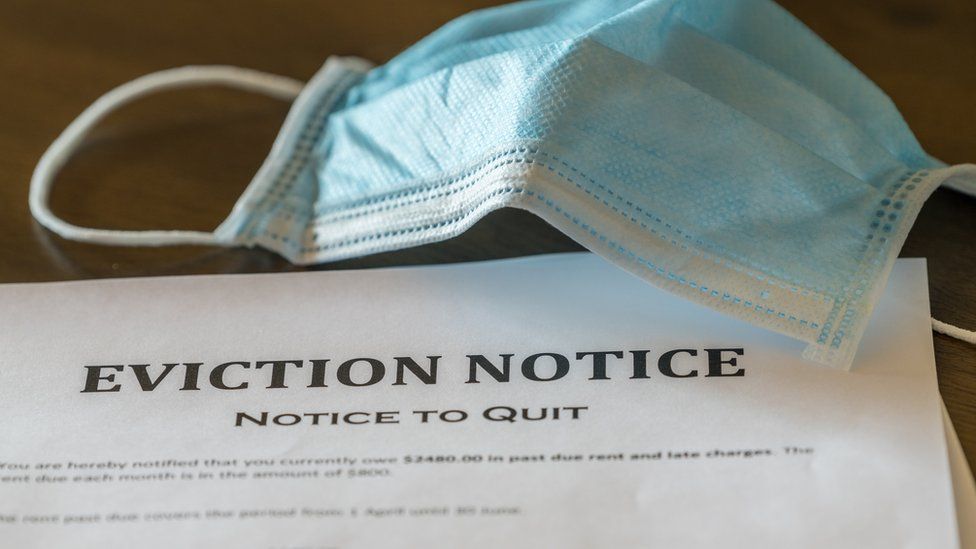 I had explained that I was unemployed and that each agency was stating either a rental deposit of six or 12 months, or a guarantor with an earning capacity of £40k, plus, neither of which was I able to provide.

The moving costs were too expensive and I could not find anywhere else for myself and my daughter to go. This meant we did not leave the house at the end of the eviction notice and the pressure from the agency grew even worse. Each time I received an email I just felt so harassed, as though a tremendous weight had been put on me.

My landlord has now applied to the court to have me evicted. The law means they don’t even need a reason. I am now facing the reality of being made homeless and with nowhere to go.

Irrespective of what is owed by anyone, the fact is that as people paying whether in full or, paying the best that we can, we have no choice but to rent in the private sector. Given the impact of the pandemic and the issue of housing particularly for those having to rent in the private sector, Section 21 is an abhorrent piece of legislation that gives all power to the landlord and none if little recourse to tenants for them to remain in their rented accommodation.

The Government promised that people like me would not lose their home due to covid-19. But that’s exactly what’s happening. It’s been almost two years since they promised to end unfair evictions, but I’m now facing homelessness in the middle of a pandemic. Everyone deserves a safe and secure home - that's why I reached out to Generation Rent - the Government must stop dragging their feet and deliver on their promise to end unfair evictions.

Help us to bring an end to Section 21 'no fault' evictions once and for all by signing our petition here.