We need all London MPs to back renters

Generation Rent is calling on London’s 73 MPs to support reforms to improve the lives of the capital’s renters. Analysis of the election results shows that 34 of them could be voted out by renters in five years’ time.

Please ask yours to meet with us.

By the next General Election in 2020, there will be enough floating voters who rent to overturn the parliamentary majority in 34 London constituencies, currently held by 13 Conservatives, 20 Labour MPs and 1 Liberal Democrat. 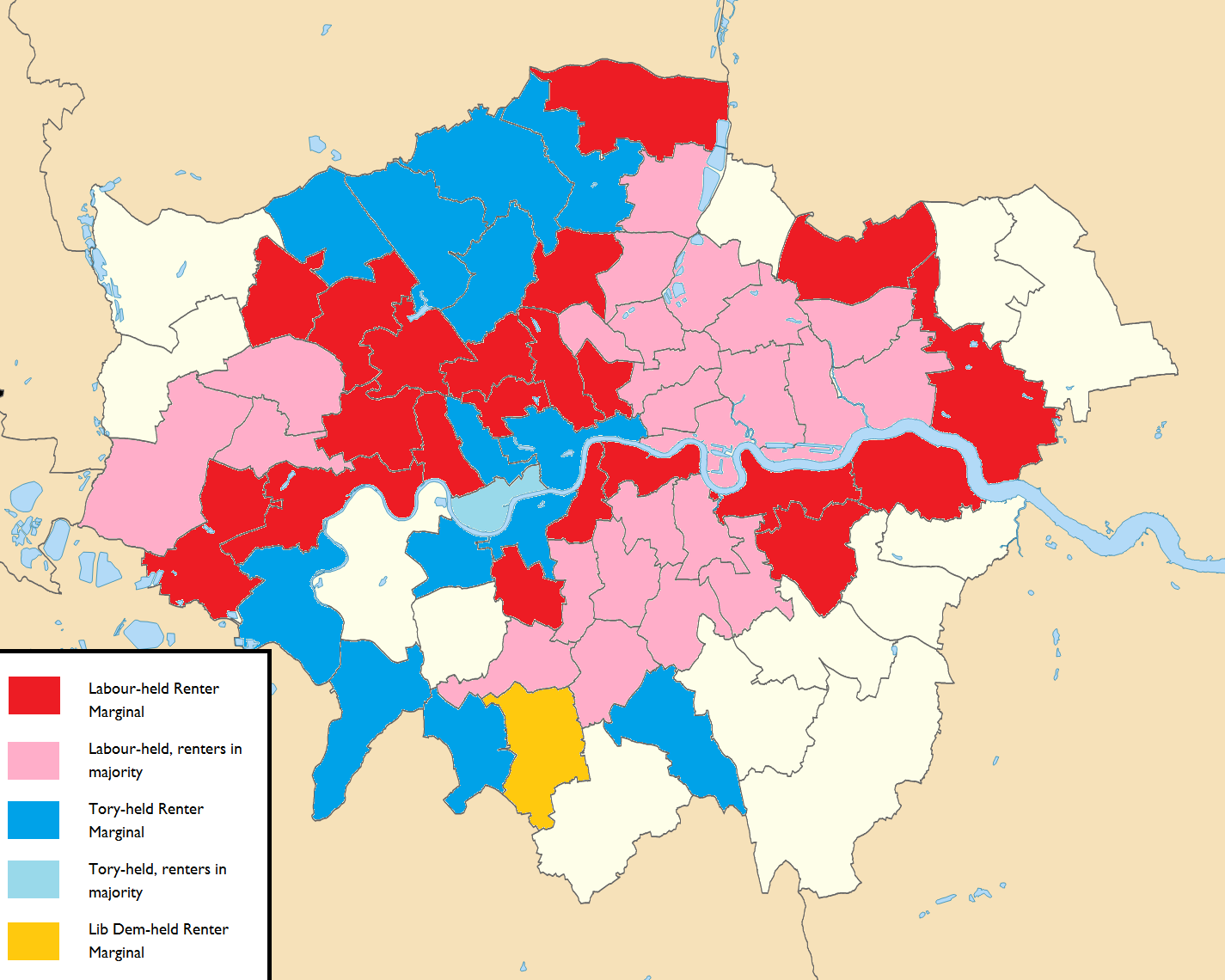 The Conservative government currently has no plans to reform the expensive and insecure private rented sector that is home to more than 2 million Londoners. By backing their renter constituents the 13 Conservatives at risk in London could overturn the government’s majority of 12.

Our Renter Power analysis of the 2001 and 2011 censuses predicts that the proportion of the London population renting from social and private landlords will rise from 47% in 2011 to 54% by 2021.

Renters are more likely to be floating voters than owner occupiers. A poll by Survation in April found that 30% of renters considered themselves likely to vote for a different party at future elections from the one they planned to vote for on 7th May. The proportion of home owners who said this was 23%.

We have used the ONS electorate records to estimate the number of renters likely to be floating voters in 2020 and identified 34 seats where this number is greater than the majority in this month’s election – where renters could hold the deciding vote. See the full list of London seats here.

As the parties begin to select their candidates for next year’s mayoral election, we call on MPs with a large renter constituency to commit to supporting our strategy to fix the housing crisis and push candidates for their party’s nomination to adopt it. The campaign offered the government a housing strategy last week.

London’s MPs have a duty to the renters they represent to create an attractive alternative to the expensive, insecure and often poor quality housing they currently endure. As home ownership remains a distant dream for the majority of Londoners, failure to improve the lives of renters will be punished at the ballot box.

If you’re in London, please ask your MP to meet with Generation Rent.

This research was featured in the Evening Standard.