London has a new Mayor. Sadiq Khan was elected last Thursday with 1.3m votes, the largest personal mandate for any British politician in history. That gives him a lot of clout in implementing his manifesto, whether that's dealing with local councils or the Westminster government.

Let's remind ourselves what he promised. On our Vote Homes comparison site, Sadiq came in behind the Green Party candidate Sian Berry with more amber policies (ones we felt were okay) than greens (policies we called for). And while he had fewer greens than the Lib Dem, Caroline Pidgeon, he had no policies we thought were terrible (marked red) to Caroline's two (on security and rent levels).

On housebuilding, Sadiq will be setting up a body called Homes for Londoners, which will ensure that all developments in the capital contain at least 50% affordable homes, including 10,000 let at a "living rent" based on income, not rents in the wider market. He has also backed plans to build at least 1000 community land trust homes.

With the Housing and Planning Bill becoming an Act today, he will have a challenge in ensuring that homes remain in the social sector, and resources to build new ones remain in the city. His big idea for funding new building was encouraging investment from pension funds, and we look forward to seeing his plans for this. Just as the government sold War Bonds in the 1940s, could we have Housing Bonds now?

Sadiq was coy about opening up the green belt for development, which is a shame because there are plenty of well-connected areas with planning restrictions that are exacerbating the housing shortage. It needs a rethink. 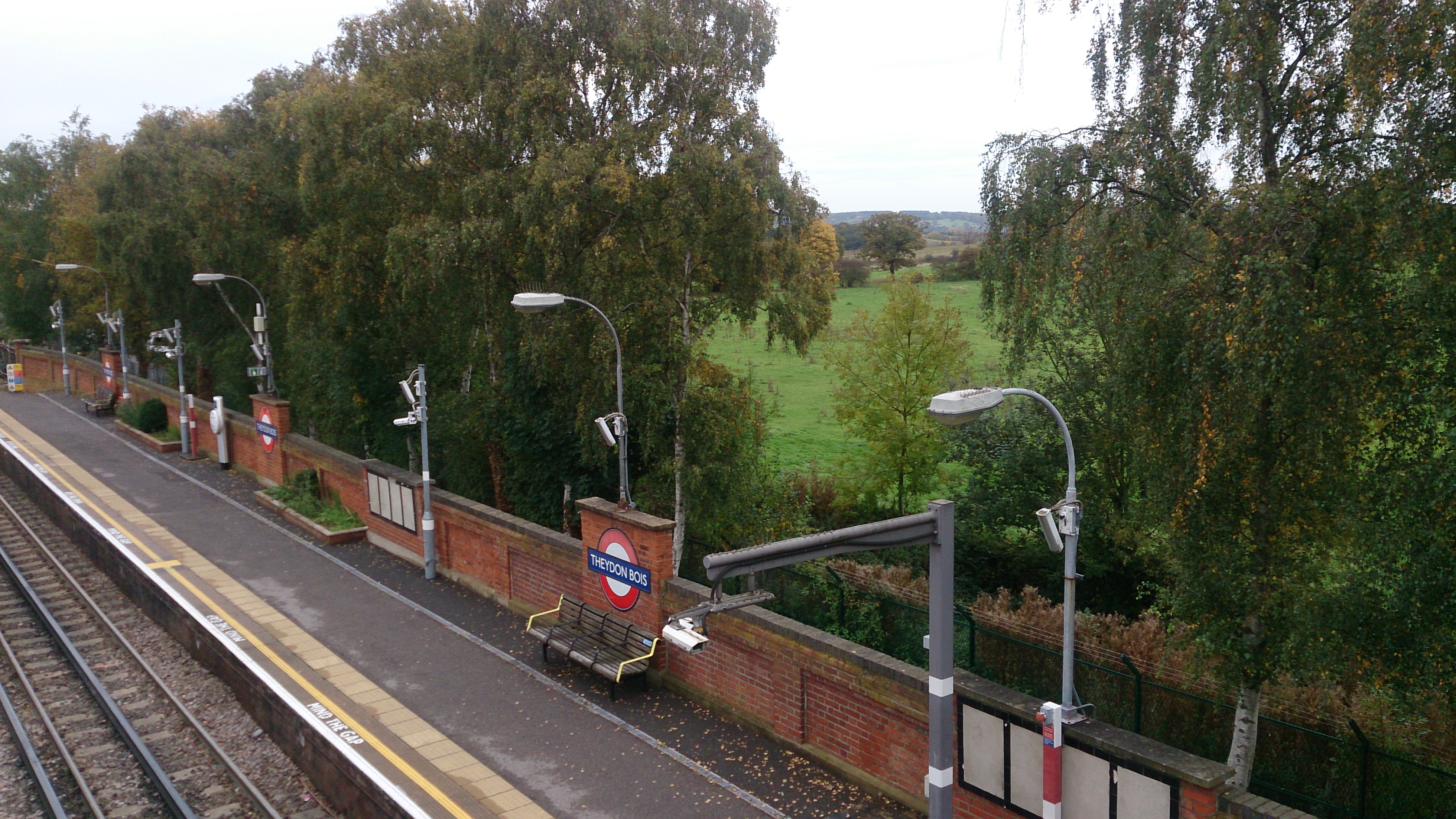 You can start building as many homes as you want but it will still take a while to bring rents down to an affordable level. In the meantime, 2 million private renters in London are paying through the nose for insecure, often poorly maintained homes. Sadiq - and most of his fellow candidates - recognised the need for change.

He was elected as an MP in 2015 on a platform to introduce 3-year tenancies with limits on rent increases. This is probably the starting point for his negotiation with the government over powers to devolve to City Hall. It helps that Zac Goldsmith supported longer tenancies as well, because it means that there is some cross-party consensus in London for this. In yesterday's Financial Times we were pleased to see industry figures join us in talking positively about the prospect of measures like this, though there will clearly be a fight to win them. Sadiq will also need new powers in order to have a real impact on letting fees and landlord licensing.

With his current powers, the best the Mayor can do is start setting an example. The centrepiece of this is a plan to set up a Londonwide ethical letting agency. This should require landlords who use it to offer longer tenancies, and it could also be the channel where new build-to-rent and council-run rentals are brought to the market. The new Housing and Planning Act ought to give Sadiq the ability to name and shame crooks in the rental market and help tenants avoid them.

One other welcome promise Sadiq made in his manifesto was to involve tenants in improving the private rented sector. We and other renter groups in London are brimming with ideas about how to fix the housing market and we wrote an open letter to the Standard today setting out the challenge. 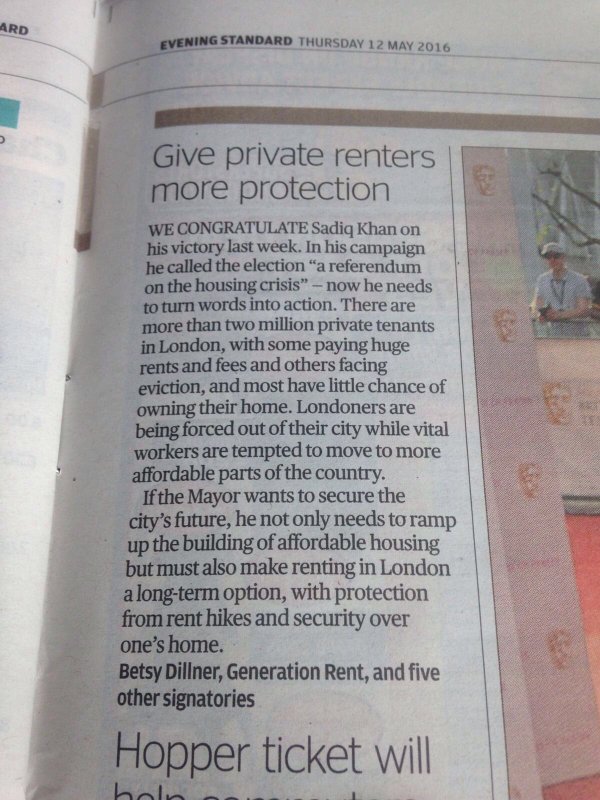 We look forward to the invitation.