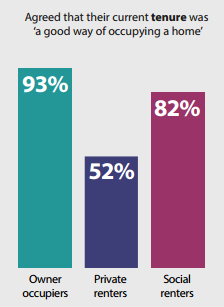 Half of renters feel ripped off

Nearly half of private renters feel they have been ripped off by their landlord or letting agent, according to a poll commissioned by Ocean Finance (reported by Mortgage Introducer).

The biggest problem, cited by around half of unhappy renters, was the delay - or, indeed, complete failure - to get repairs carried out. This was followed by withholding of the deposit at the end of the tenancy (37%), or making unreasonable deductions from it (25%). Unreasonable rent rises and rip-off admin fees at the start of the tenancy affected around 23% of respondents.

These findings support work Generation Rent is already doing to improve the lives of renters. Only yesterday we published a consultation on new ways to help tenants recover their deposits.

We are also calling on politicians to strengthen tenants' rights when requesting repairs by protecting them from revenge evictions. Our proposals for a long term tenancy would ensure that landlords couldn't impose inflation-busting rent increases, while we argue that letting agents - who work for landlords - should not be able to pass on fees to tenants. Further information is in our Renters Manifesto.