The housing crisis is splitting the country in two

The number of houses being left empty has increased by 25% in the past decade - and so has the number of households with 6 or more people. That's according to the Office for National Statistics, which has published analysis of household composition data from the 2011 census.

It's already well-documented that private renting has risen as fewer people are able to afford to buy a house, but these two statistics are a stark illustration of the growing inequality in British society as a result of the broken housing market. The 3 million-plus people crammed into the 543,000 households of 6 or more would be a bit annoyed to know that there are over 1 million homes around the country that are going spare.

To be fair, a lot of these are in national parks, but even in the central London boroughs of Westminster, Kensington & Chelsea and the City, more than 10% of homes have no one living there normally. This is galling when you think rents in London are more than twice as high as the national average. 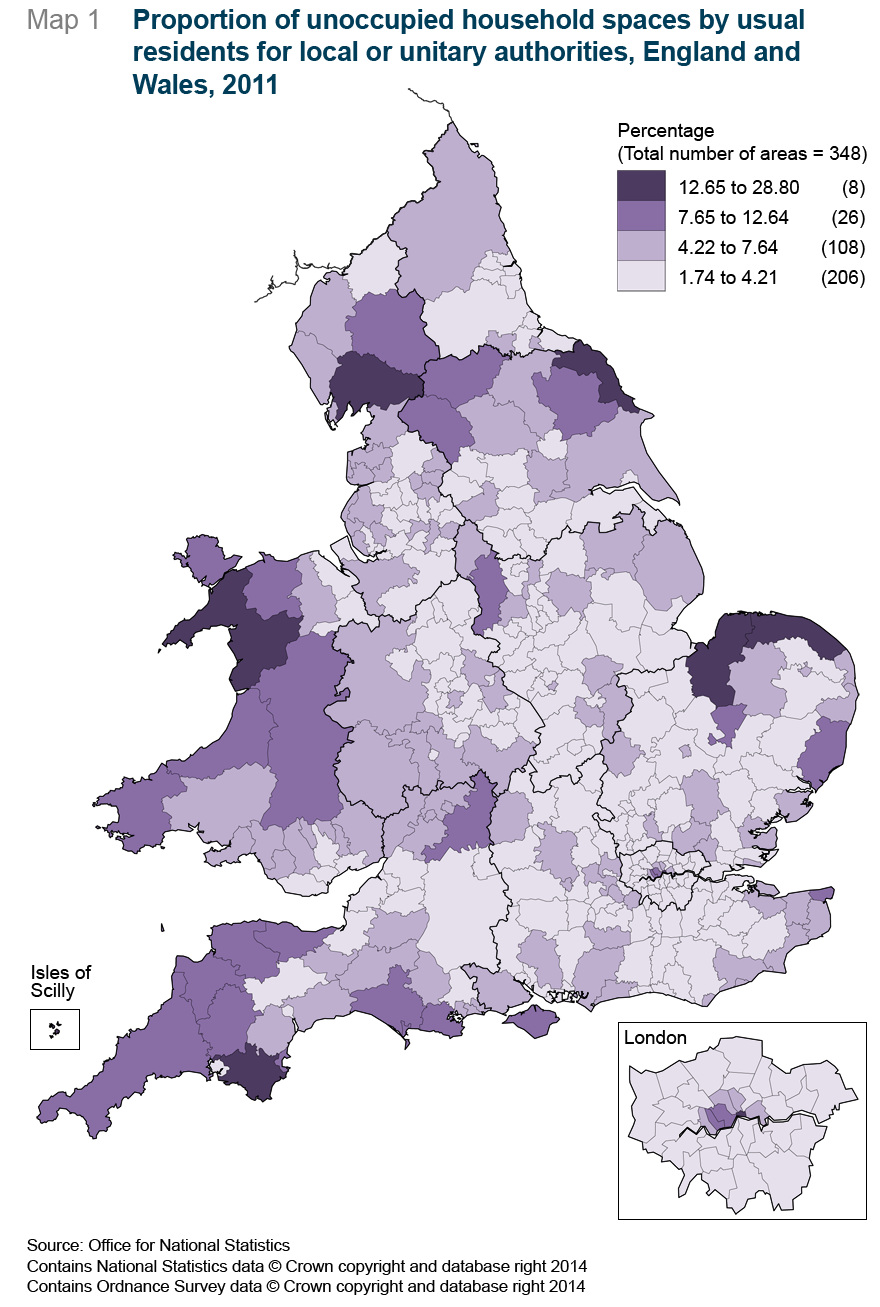 We can't redistribute empty homes if there aren't jobs nearby, so places like London need to build more houses to ease overcrowding and reduce the cost of putting a roof over your head.

The government's answer to the housing crisis is a scheme called Help to Buy, which offers subsidised mortgages to first-time buyers who can't raise a large deposit. The Treasury revealed today that nearly 28,000 homes have been bought through the scheme in the year since its launch.

That is less than 1% of the total private rented sector, so while a handful of people might finally access home ownership in return for huge levels of debt, the vast majority of us are left with a dysfunctional rental market. Like it or not, the government needs to realise that millions of renters want a home, but will be stuck renting for many more years. This is why we need a right to a long tenancy, professional landlords and letting agents, and protection from bad conditions - whether we are living alone or with 6 other people.