The generation rent vote could decide the 2015 election

Private renters could hold the deciding vote in 86 parliamentary seats at next year’s General Election. That’s the big finding of analysis based on our ComRes poll that we have published today.

The poll of 1,004 private renters found that 35% say that they tend to change which party they vote for between different General Elections, making them potential swing voters. With nine million people in the private rented sector in England, and rent their largest living cost, there are electoral rewards for any party that can address their concerns.

Our analysis identified 86 parliamentary seats where the overall majority is less than 35% of the private renter population – that proportion who say they change party allegiance between elections. This means that the next Prime Minister could be decided by private renters.

With the election on a knife edge, our list of 86 seats should make all three parties sit up and start viewing private renters as a significant political force and – and start doing more to address problems in the sector.

Over the next 13 months we’ll be working hard to make sure politicians give you something to vote for at next year’s election. We will only succeed if enough people who are fed up with renting take part in our activities. Get involved today! 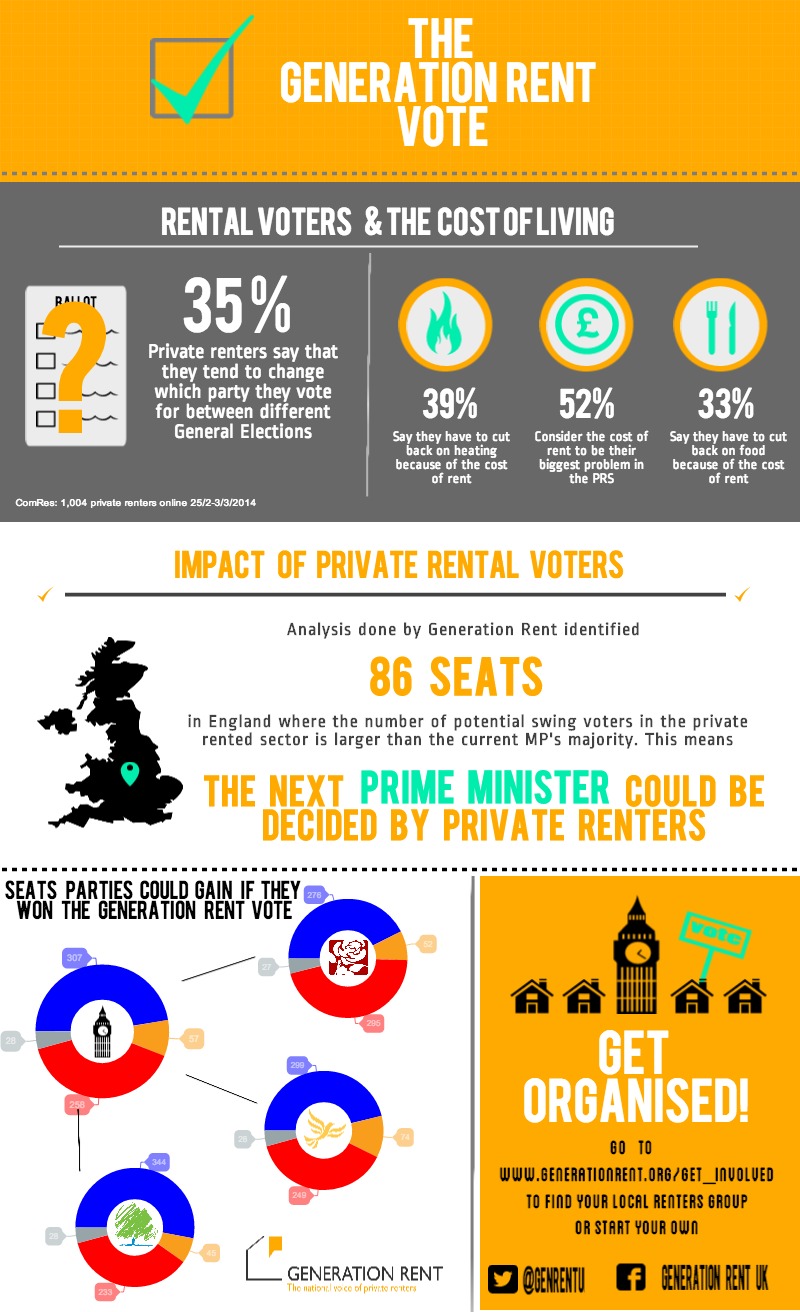