The latest English Housing Survey report is out today with the highlights of their findings for 2016-17.

The private rented sector has continued to grow. The population now stands at 4.7m households, with 27% of families renting from a private landlord.

It is once again the largest tenure in London (if you separate outright and mortgaged ownership), and its doubling outside the capital in the past decade illustrates the national impact the housing crisis has had. 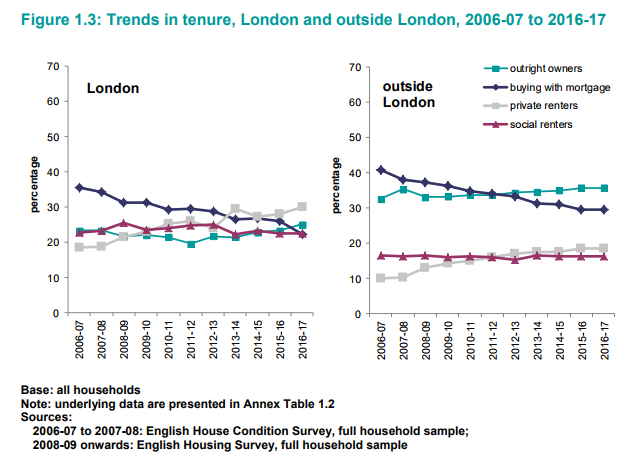 Unsurprisingly, ridiculous prices mean fewer Londoners are able to buy a home - but in the rest of England, first-time buyer numbers are on the rise. 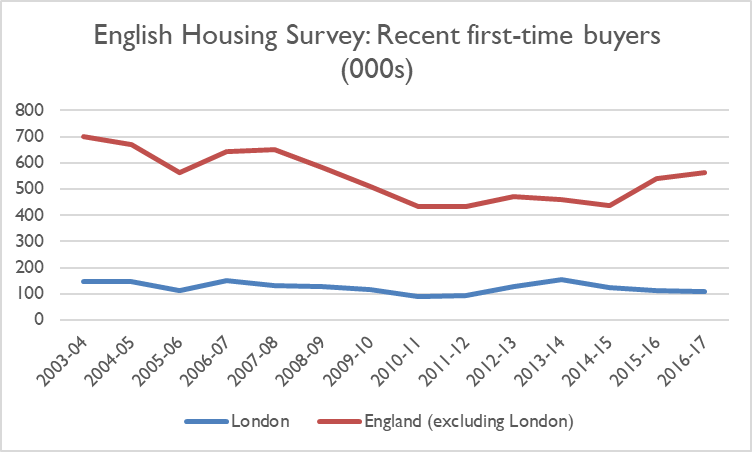 But there's a worrying reason for that: 51.5% of recent first-time buyers have mortgages that last 30 years or more, rather than the previously common 25 years. This is up from 40.4% in last year's survey.

The longer the repayment period gets, the more mortgaged ownership resembles renting. The main benefit is that you can't be kicked out as long as you meet your payments - the ability of landlords to evict with no grounds means tenants don't get this.

This lack of security for renters makes many of us desperate to escape into the stability of home ownership and willing to borrow as much as possible to achieve that.

Ever-lengthening mortgage terms should worry the government, which wants to avoid another debt crisis. It is another reason why we need reform of tenancies to make renting a genuine choice.

Elsewhere in the English Housing Survey we learned that:

The government has published 100 other sets of statistics today. Another relevant one is the rough sleeping figures, which have doubled in the past 5 years to 4751 individuals on the streets.

We have a newly rebranded Ministry of Housing and a new ministerial team under Sajid Javid. These figures - from first-time buyers, to boomerang kids, to the inadequacy of renting, to street homelessness - lay out the scale of the problems they need to fix.