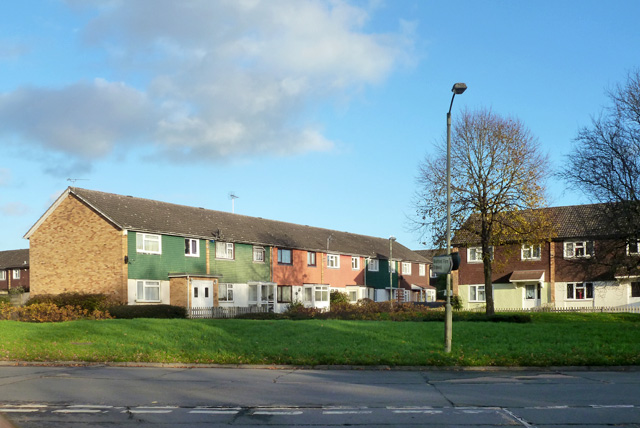 Fergus and Judith Wilson own over 700 properties. They are among Britain’s biggest private landlords, owning entire streets in some parts of Kent. Ever since their decision, in 2014, to evict all tenants on housing benefits - even those who had never been in arrears on their rent - their names have been synonymous with controversy.

Now, the Wilsons have decided to cash in on their estimated £250m property portfolio, to settle down and “take life easy”. They reckon that it’s  easier and more profitable for landlords to sell properties without tenants in-situ. So the Wilson’s have started the process of evicting their tenants in preparation for the sale.

Almost all the couples’ properties are two or three bedroom new builds, and many are home to young families. By law, the Wilsons only have to give the tenants two months’ notice of eviction. Some might manage to find new homes in this time. But many landlords are notoriously unwilling to offer tenancies to families on low incomes, meaning the most vulnerable will struggle. The chances of so many people finding suitable new homes are slim. Still less, homes nearby their employers, schools and support networks. Many must fear homelessness, and could be forced to turn to an already stretched council for support.

Some of the Wilsons’ other nasty antics have (at least to some extent) been kept in check by the legal system. Judith received a £10,000 fine for refusing to fix the boiler of a disabled tenant, while Fergus faced an injunction for refusing to rent to “coloured” people. They were in the news in 2016 after being prosecuted for leaving a pregnant mother and young child without hot water and heating for over a month, and evicting and suing tenants who asked for a leak in their home to be repaired. These tenants were eventually awarded compensation.

But our legal system offers no protection to the hundreds of households who are being uprooted by the Wilson’s bid to cash-in on their property empire. Since the 1988 Housing Act came into effect, landlords in England and Wales have had the right to evict tenants with only two months’ notice.

The infamous Section 21 was introduced as part of the Housing Act 1988 to encourage buy-to-let landlords. But now, at a time when some 5 million households are privately renting and more and more families are priced out of home ownership, the policy perpetuates housing insecurity in the private rental sector. Landlords don’t need to give a reason to evict their tenants, which means even families who have always paid their rent and looked after the property can be uprooted at short notice.

The Wilson’s story is just a postcard for a whole array of bad practices in the private rental sector. Up and down the country, tenants face insecurity and poor living conditions as a result of this unfair and outdated legislation.

In London and the South East, Section 21 has become one of the leading causes of homelessness, and stories of “revenge evictions” are commonplace. Tenants fear speaking up about poor conditions - broken boilers, mouldy walls and alike - for fear of being served with a Section 21 by disgruntled landlords. One landlord wrote on Twitter that   he likes to evict families in October to ruin their Christmas.

Landlord’s interests would still be protected without Section 21

Even if the government scrapped Section 21, landlords would still be able to evict tenants who damage property, are anti-social neighbours or who don’t pay the rent. These scenarios are all covered by Section 8 of the Housing Act, and landlords can seek a court order against tenants who refuse to leave in such scenarios.

Improved private renter security, such as in Scotland, could  ensure landlords are still able to sell their properties if they decide to, while protecting households against homelessness and upheaval in such scenarios. This would mean the Wilson’s could still cash-in on their portfolio. But there could be vital protections in place to minimise the impact on their tenants. These could include longer notice periods and a relocation payment to evicted tenants, which would encourage landlords to sell their properties with sitting tenants. Incentivising landlord to landlord sales with tenants in situ could reduce the number of households needlessly evicted. You can read more about what life after Section 21 could look like here.

At a European level, ‘no fault’ eviction is the exception rather than the norm. Countries including Germany, France and Scotland give tenants the legal right to open ended tenancies. This gives tenants much greater security, and enables them to put down roots in their communities and speak up about poor conditions.

You can help #EndSection21

Generation Rent’s End Unfair Evictions campaign aims to scrap Section 21, and is gaining support from renters across the country. But we urgently need your support. Nothing can change unless the government legislates to #EndSection21. Only by applying pressure on government to take this necessary action can the age of unfair evictions and fat-cat criminal landlords be brought to a close.

And across the country, seven local authorities have backed the campaign to end Section 21 evictions and more are in the process of doing so. Will you ask your council to support the campaign? Get in touch with Georgie [email protected] and we can provide you with resources to discuss this with your Councillor and a draft motion for councils.

Leon Scrase is an activist on the End Unfair Evictions campaign.