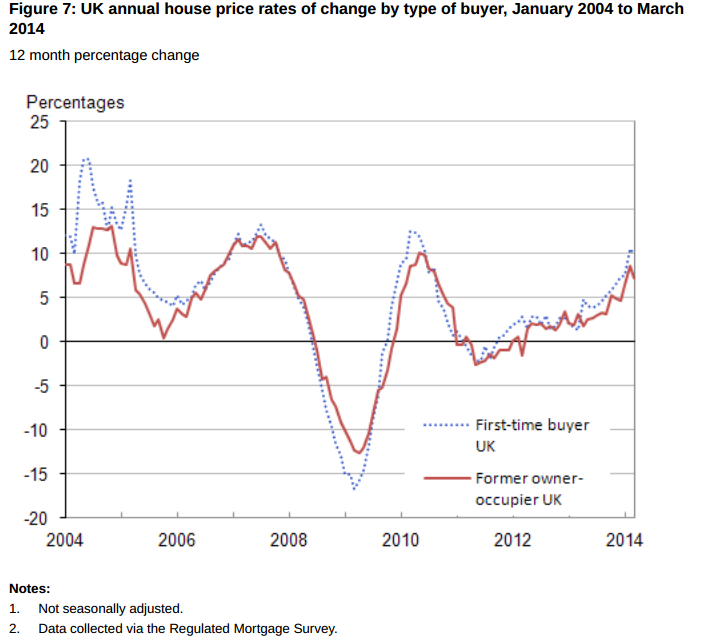 The Government yesterday backed letting agents over renters by refusing to ban fees to tenants. In voting on the Consumer Rights Bill, Conservative and LibDem whips defeated the ban 281 to 228. The Government instead promised new fines for agents who don’t publish their fee tariff. 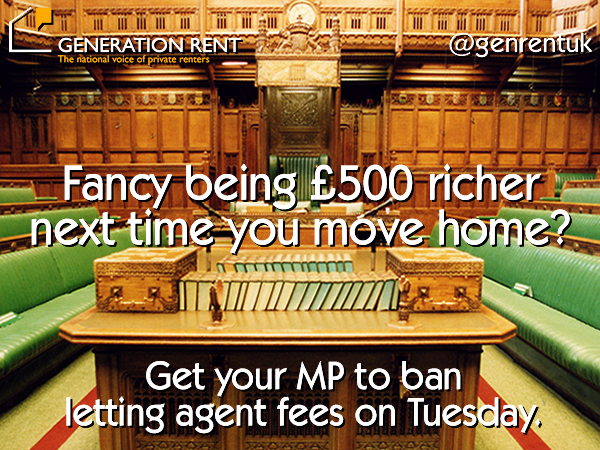 On Tuesday 13th May MPs will be voting on an amendment to the Consumer Rights Bill that will ban letting agent fees to tenants.

Please sign up to our campaign here and use the form below to write to your MP asking them to back this amendment. You can edit the text of the draft letter below if you like. Just click on it to edit.

Oh you wanted more than that? Ok.

There is short supply and high demand for homes to rent. The balance between these forms a price that a tenant is willing to pay a landlord. So far not controversial.

However, that is not how the relationship between tenant and agent is characterised. At the time of signing a contract, the agent is the gatekeeper to a single home with any number of keen tenants. The agent is not an actor in the market for homes to rent but a creator of micro-monopolies for single homes.

With the news that private renters could hold the deciding vote in 86 seats at next year's election, political parties are realising that they need to win them over.

First to make a move is Labour, whose leader, Ed Miliband, will announce plans on Thursday to introduce new laws to:

A research report published by a landlord representative body today tries and fails to defend deregulation of private renting, and only reinforces the case for a national landlords register. The Residential Landlords Association has published “The impact of regulation on the private rented sector”, a report by Professor Michael Ball of Henley Business School, which claims that current regulations are failing to achieve their aims. We agree that existing regulations are not working, but what renters need is a national register of landlords.

A new report from Wriglesworth Consultancy and Paragon, the mortgage broker, has claimed that since the buy-to-let mortgage was launched 18 years ago, landlords have made an annual average profit of 16.3% - hugely outstripping average returns from the stock market. While this makes the UK buy-to-let market a hugely lucrative investment for landlords, it’s time to count the cost to their captive tenants.

In the past year, house prices have risen by 9.1% and in the same period the number of buy-to-let loans has increased by 39%, as landlords spot an investment opportunity. And it doesn’t matter if they’ve paid too much because the tenant, or their housing benefit, can pay off the mortgage.

Happily renting or resigned to it?

Over the Easter weekend, the Halifax brought out the latest instalment of its Generation Rent research, which it has been conducting with NatCen. The survey of 32,000 20 to 45-year-olds found that more people no longer want to own their own home - about a quarter of those who aren't homeowners already. This number corresponds to our poll finding that two thirds of renters want to buy but cannot.

Some have ascribed the trend to young people being more content to rent for the long term, and the research finds that fewer people (though still a majority) regard renting as a barrier to settling in an area or raising a family.

But the findings are not evidence of increased satisfaction among renters; they're a collapse in confidence that they will ever own their own home. As house prices rise by double-digit inflation, home ownership is a distant dream for increasing numbers of people, and high rents make saving for a deposit more and more difficult.