Brighton and Bournemouth letting fees - all in one place

Even though the government has promised to ban letting fees, our crowdsourced research project at lettingfees.co.uk continues to build up a picture of renter exploitation around the country. Renters in Bournemouth and Brighton & Hove now have an online comparison of letting fees in their area, which will help them avoid the rogues who are either charging excessive fees or just not publishing theirs.

Lessons from Germany: tenant power in the rental market

Last month the Institute for Public Policy Research (IPPR) released its report “Lessons from Germany: Tenant power in the rental market”. It examines the relative strength of protection for German renters, and how these benefits might be brought across to England.

Making housing about immigration continues to be a toxic mix

Back in late 2015, when the details about making landlords check the immigration status of prospective tenants was being debated in parliament, housing and migrant groups repeatedly warned government that this would lead to discrimination, and push vulnerable renters into precarious and hidden housing.

Today a new report from the Joint Council for the Welfare of Immigrants (JCWI) on the 'Right to Rent' scheme confirms that warning, with shocking findings of non-British and non-white renters finding it more difficult to access a new tenancy.

We have put in our response to the government’s consultation on banning orders – the new mechanism to prevent criminals from operating in the rental market. That’s right, they aren’t banned already.

The government has asked what types of offences should be banworthy, and set a deadline of midnight tonight.

We asked our supporters for their experiences earlier in the week, dozens of you responded, and the feedback has helped shape our response to the government.

Housing White Paper: where do we stand now?

Well, the Housing White Paper was a massive disappointment. After an exciting glimpse on Sunday of moves to "incentivise" longer tenancies, on Tuesday it became clear that those incentives were existing government subsidies for companies building new homes. Number of beneficiaries: 80,322 (not counting the companies who would have offered longer tenancies anyway).

For the 4.3 million households in existing properties? The vague undertaking to "consider what more we can do to support families already renting privately, while encouraging continued investment in the sector." Which gives little hope to people who don't live with their family and a lot of hope to property speculators.

“Sajid Javid has the right analysis about the plight of renters, but his White Paper has failed to offer us anything of substance.

Removing criminals from the housing market

Although the 2016 Housing and Planning Act paved the way for the mass sell-off of council houses, eroded security for social tenants and watered down the affordability of new homes, it also made it possible to ban criminals from letting out properties, with new Banning Orders.

As we await the Housing White Paper to see how far the government will go to improve private renting further - and how much it will atone for the damage it caused to social housing - we are drafting our feedback on how Banning Orders will work.

Are landlord incentives the answer to tenant insecurity?

Today's Observer declares that the "home-owning democracy", that elusive vision beloved of the Conservatives since Thatcher, is finished. 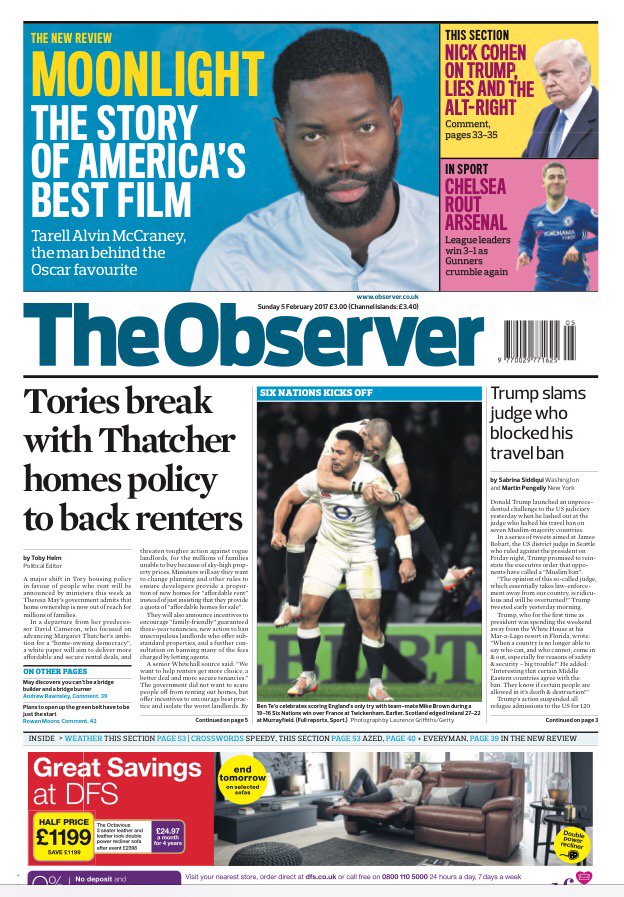 Ahead of next week's Housing White Paper, Communities Secretary Sajid Javid says, "We understand people are living longer in private rented accommodation", which is the closest the government has come to admitting that their policies to help first-time buyers can only go so far.

As the publication date for the government's Housing White Paper approaches, we and groups across the the housing world are hoping for an announcement that will signal a 'whole new mindset', as the Secretary of State has promised.

One item that will be included is confirmation of how the government's long-running Starter Homes policy will work - and the detail will tell us how far it will go towards slowing the affordability crisis for first-time buyers. This is the government's flagship policy that was pitched as "turning Generation Rent into Generation Buy".

Are banks behind your latest rent rise?

This morning, Mortgage Strategy magazine and the Daily Telegraph reported that Santander is requiring its buy-to-let borrowers to raise the rent on their tenants as high as possible.

The bank even demands that landlords get a valuation of the market rent every time the tenancy is up for renewal and then "take all steps to ensure that the review [with the tenant] takes place and leads to the maximum increase in the rent which can reasonably be achieved."

Fuel poverty update: we can’t have any more delays in supporting renters in the coldest homes

Just before Christmas, as the weather got colder and government released its latest update on the fuel poverty statistics, there was still no news for private renters who need clarity about the detail of minimum energy efficiency standards in the PRS.

The statistics showed that one in five private rented households are officially fuel poor, and that the average ‘fuel poverty gap’ – the amount of money needed for a household to escape fuel poverty – is highest for private renters.

Despite these worrying trends, there is, in theory at least, some light at the end of the tunnel – but delays in implementing the policy need to be quickly remedied for that to be realised.

Help lead Generation Rent - apply to join the board

Generation Rent would be nothing without the people who donate their money or time to the cause. We have a team of two full-time staff going into 2017, and we are ever more reliant on the generosity of our supporters.

The organisation is governed by a board of unpaid trustees, who support the team and enable us to devote as much of our energy to campaigning for renters' rights and building the wider movement.

With the need to develop the diversity of our funding, and new opportunities to make the most of, we are recruiting several new trustees who will help us do this.