A new look for Parliament

Here's an idea that will save taxpayers money, help build houses in London and give a disadvantaged northern economy a welcome boost.

Move Parliament to Hull and convert the empty buildings into flats. 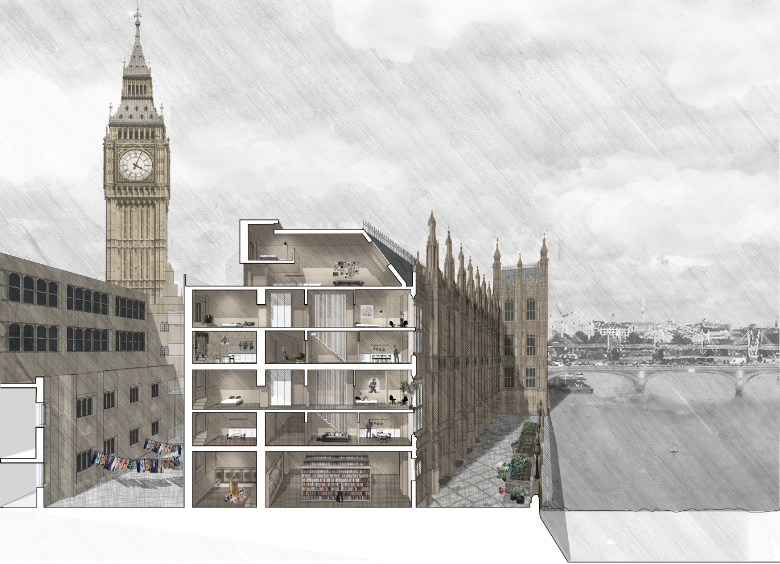 364 affordable flats could be built in the Palace of Westminster, and the taxpayer would save nearly £120 million over a five-year parliament in rent and staffing costs.

As you can see, we've imagined how it will look. The new look for Parliament retains the iconic architecture of the Palace of Westminster while maximising the number of homes it can accommodate. The majority will be 3-bed maisonettes for families created by converting double height spaces, as well additional 1- and 2-bed flats. 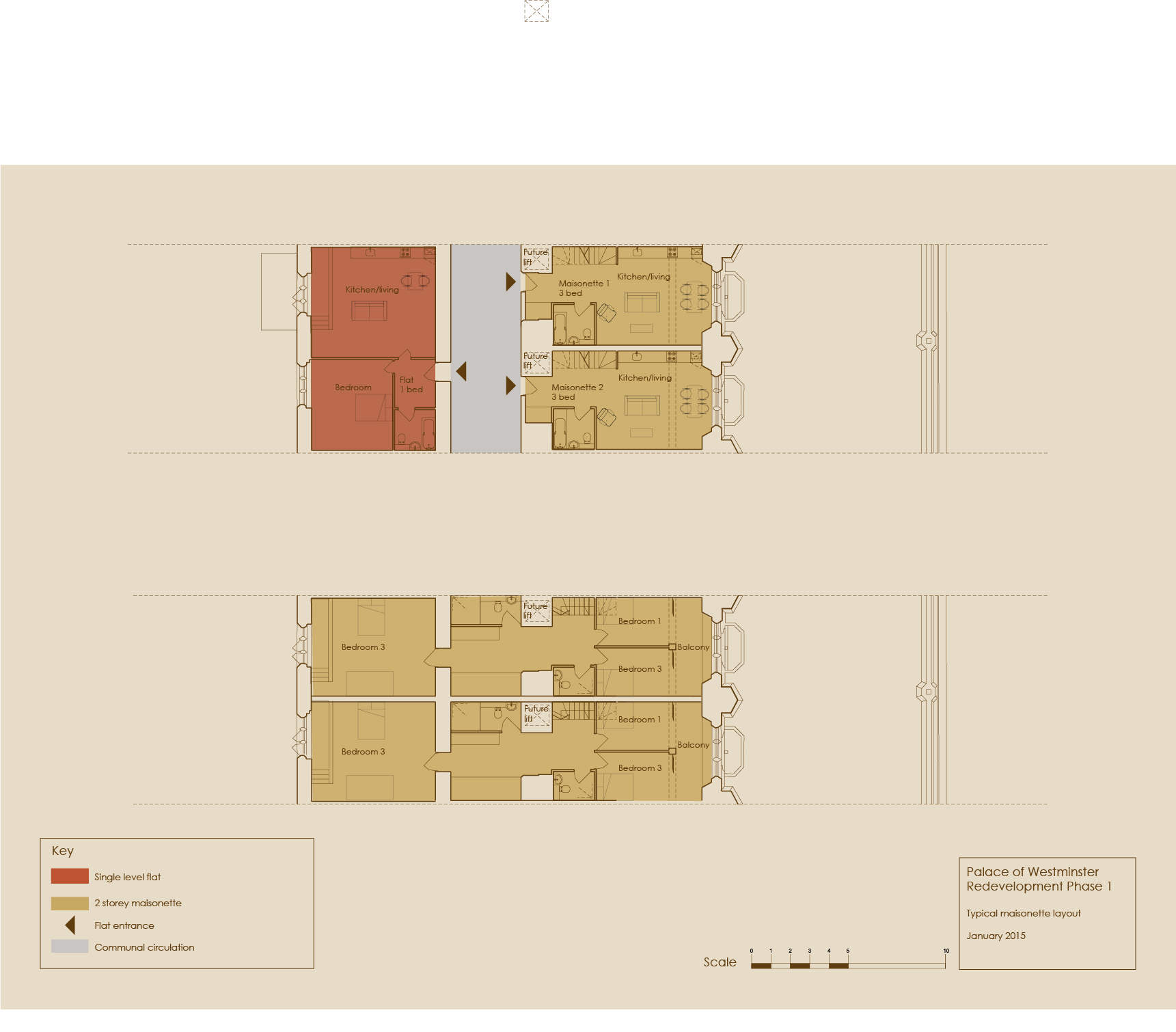 The numerous courtyards within the Parliamentary estate allow many of the homes to be dual aspect.

The design concept was developed by Generation Rent supporter Jay Morton, who specialises in social and affordable architecture, working in numerous London boroughs. The new community will be served by a range of facilities including swimming pools where the debating chambers currently are.

The majority of the proposed flats are maisonettes, taking advantage of the existing double height spaces in the Houses of Parliament.

335 MPs rent second homes and claim expenses, costing the taxpayer £5.21m in 2013. It also costs more to employ people in London. If Parliament were located in a cheaper part of the country, there would be annual savings of £20m in reduced employment costs, and the creation of 5000 badly needed jobs.

The move would net the taxpayer a windfall of up to half a billion pounds by selling the prestigious riverfront offices of 213 MPs, Portcullis House, and finally end the rental of fig trees for the building that has so far cost taxpayers over £400,000.

The average 1-bed home in London costs £1148 to rent per month. Hull has the cheapest rent in England of £325 per month for a 1-bed home – and an economy that could be revived with an injection of public spending in the form of a Parliament.

Based on current numbers, 400 MPs would need to put rent on expenses. Assuming that they pay the median rent for a 1-bed – more than a worker who has to claim housing benefit would be entitled to – that will cost the taxpayer a mere £1.56m – less than a third of the current rent bill.

Unfortunately, this plan is unlikely to see the light of day, but we hope it will remind MPs and prospective parliamentary candidates of their privilege and their responsibility to those of us without £20,000 expense accounts.

Renters are being crushed by high rents, poor conditions and almost no security of tenure. With their generous rent allowances from the taxpayer, MPs are cocooned from the housing crisis so they’re largely indifferent to the plight of renters. One way our politicians could bear their share of austerity is if we relocated Parliament to the least expensive part of the country. We hope our proposal gives MPs a sense of humility and some urgency to ending the housing crisis.

Please write to your local candidates and ask how they will work for renters if elected.